Natalie Chang – Natalie is Director of International Education at Ohio Dominican University, the Central Ohio Chapter’s host institution. Originally from Northern California, Natalie has lived abroad in both Denmark and South Korea and has traveled to over 20 countries. She is an advocate for international education and loves finding opportunities for domestic and international students in Central Ohio to engage in new cultural experiences. She is a lifelong Friend of Fulbright.

Julie DePaulo – Julie received a Fulbright Fellowship while studying Japanese and religion at Ohio University. She spent her year abroad in Kumamoto, Japan, where she embraced pop culture and became a karaoke queen. Julie now lives in Columbus and works at The Ohio State University. She loves visiting local ethnic restaurants, going to cultural festival, and meeting people from abroad.

Christine O’Malley – Christine completed a Fulbright Specialist project in 2014 in Gondar, Ethiopia. She served as a liaison for The Ohio State University’s Global One Health initiative, taught a course in “Branding, Content and Social Media,” and developed an engagement plan for University of Gondar’s 60th anniversary celebration. Christine is a senior communications consultant in Ohio State’s Office of Human Resources. She is a strong believer in Fulbright’s mission of international engagement and academic exchange to help increase cultural understanding. 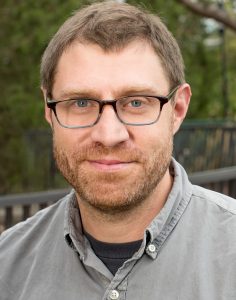 Matthew Rosen – Matt received a Fulbright Fellowship to India in 2008 and has been a supporter of the mission, vision, and values of the Fulbright Association ever since. He completed his Ph.D. in Anthropology at The New School for Social Research in 2014 and has maintained an active research agenda on transnational reading practices, public culture, and cities in India and Albania. He is now an Assistant Professor of Anthropology at Ohio University, where he teaches cultural anthropology, visual and media anthropology, ethnographic methods, and the history of anthropological thought. He is also now the Director of Studies for Anthropology at Ohio University’s Honors Tutorial College and a Faculty Affiliate of the university’s Center for International Studies.

Phillip Wozniak – Phil is originally from Champaign, IL. He graduated from the University of Dallas with Bachelors in Biology and a Concentration in American Politics in 2015. From 2015-2017, he conducted clinical research on infections in premature infants at Nationwide Children’s Hospital in Columbus, Ohio. He was a Fulbright Research Student at Instituto de Investigación Sanitaría at the Hospital Gregorio Marañón in Madrid, Spain from 2017-2018, where his research focused on respiratory syncytial virus, congenital syphilis, and HIV. Now he is a second-year medical student at the Ohio State University College of Medicine.